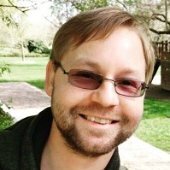 rare -> exports Nice movie from finland. A mining company finds a deep frozen Santa. It had a reason he was deep frozen, He is the living EVIL ;)