Jump to content
DarkMatters Celebrates
19 Years of Christmas in Ancaria 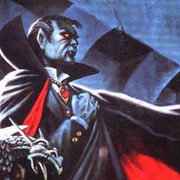 Fellow players, I'd like to present the result of the endeavor of the last 3 years - the CM Patch 1.60 + S2EE 2.4  Addendum Beta.  The Addendum Beta contains game changes, fixes and extra graphic

This quest is haunting me almost the way that water bottle had haunted Sacred 1. Removing the 'mortality="IMMORTAL"' fixes the issue.